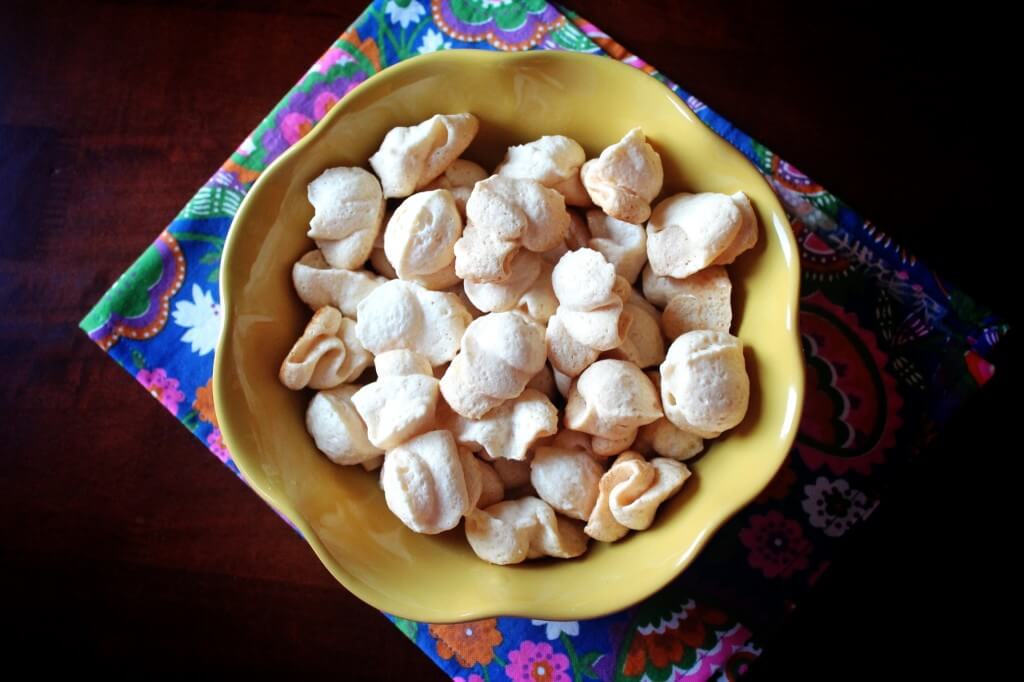 So let’s get one thing straight: I have a tiny confession to make.

Prior to this week, I had never eaten meringue cookies.

Not even meringue pie.

So. . . when I was searching around the interwebs for something to do with my leftover egg whites, and came across meringue cookies, I decided to give it a try. I have always been way too intimidated to try anything like meringues which seem so technical, but I decided I’d rather try than waste even more egg whites. I hate wasting food!

The only problem was, when I was finished making them, I didn’t know if they turned out right or not. I mean, how would I know if I had never eaten them before? After sampling my first attempt, I texted my hubby:

Are meringue cookies supposed to resemble candy-flavored packing styrofoam? If so, then SCORE!!!

Well, either way, I like them. I think you will too.

I had to look around a bit at different recipes, as nothing I could find was exactly GAPS-legal. All of them required cream of tartar to help stiffen the egg whites. People on GAPS can’t have cream of tartar, so I decided to go ahead and try to wing it.

Don’t you love winging it? Yes, I have a lot of failures, but the successes more than make up for the failures.

Anyway, another issue I had was the recipes I was coming across called for wayyyyy too much sugar. And there I decided to wing it again using much less honey than the other recipes. They are still a little sweet to me as it is.

While egg whites are technically allowed beginning in later Stage 2 of the GAPS Intro diet, I would not call these GAPS-legal until Stage 6, when you are allowed to start eating more baked goods/sweets. So technically, I made these for my hubby, but I’ll have you know I did sneak a handful. I don’t recommend cheating, but in the spirit of full disclosure, cheat I did. (We’re on Stage 5, *almost* ready for Stage 6, so it wasn’t a huge cheat.) 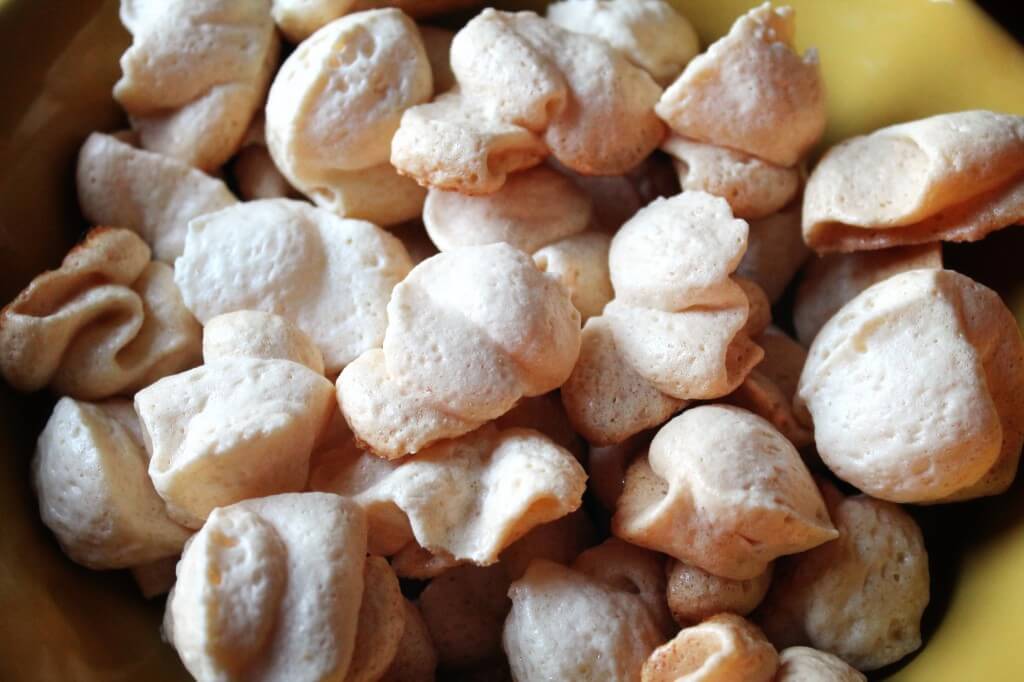 P.S. These are not that pretty, as you can see. Sometimes food just doesn’t turn out pretty. I have a feeling the cream of tartar would have helped here, but alas. They still tasted so good. Plus, I couldn’t find the tip to my piping bag and had to stuff the meringue into a gallon-sized baggie. So, fail. They’re ugly. But they taste yummy! The caramelized honey reminds me of peanut brittle in a way. Let me know what you think if you try them. 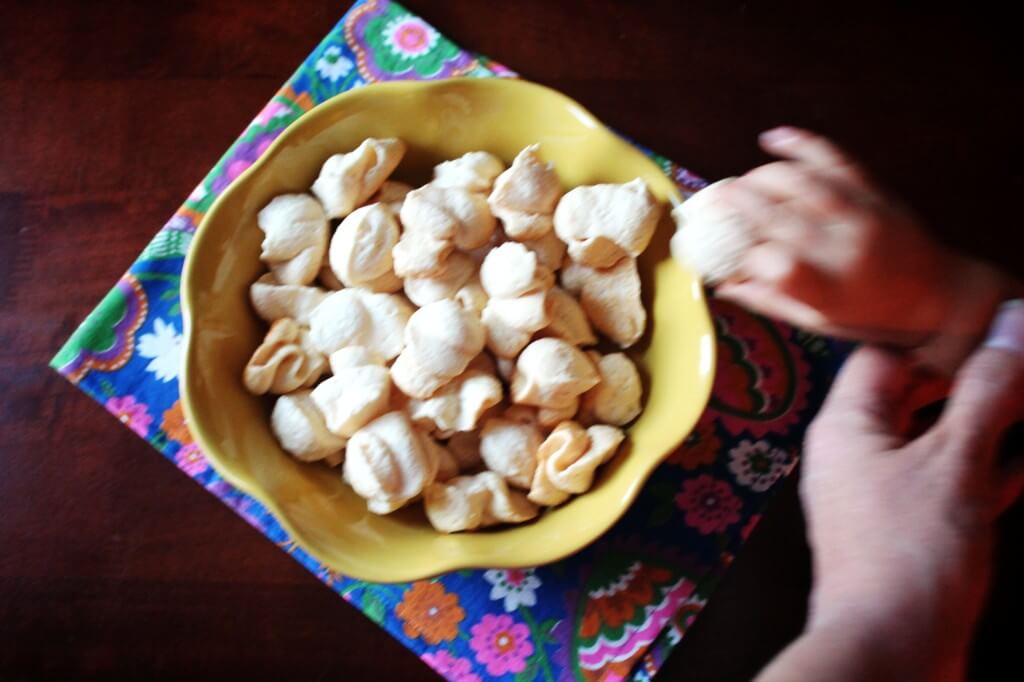